Even though we configured the vCenter endpoint name as cloudvc01 during the vRealize Automation wizard based install, the IaaS Agent server was displaying the vCenter agent name using the FQDN cloudvc01.ppsilver.lab.local (screen captures below): 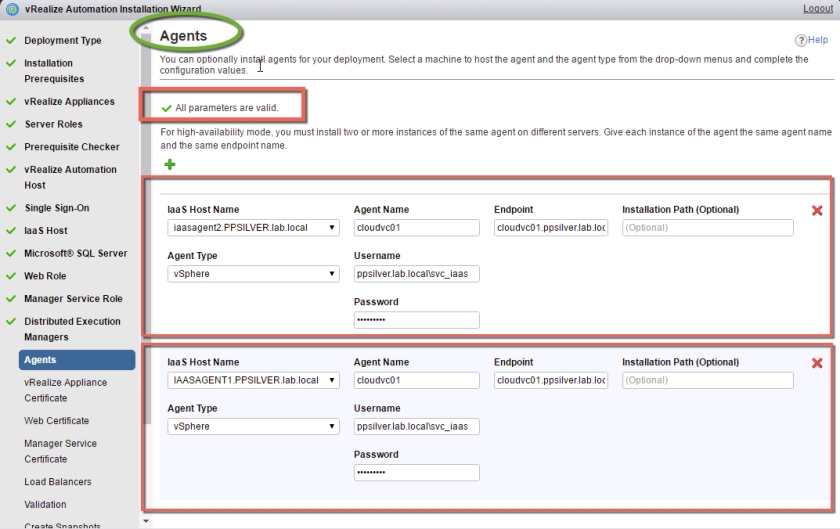 Confirming that agent name ‘cloudvc01’ was actually applied in vRA:

This led us to investigate the naming of the Agent on the IaaS Agent servers. First validation check was the service name, which appears correctly as you can see below:

But on further analysis using the ‘VRMAgent.exe.config get’ command we could clearly see the misalignment, the FQDN cloudvc01.ppsilver.lab.local had been configured instead of just cloudvc01:

This forced us to manually change the managementEndpointName to cloudvc01 on the IaaS Agent servers using the set cmd, which then allowed vRA to discover vCenter as an endpoint with the correct name of just cloudvc01 and present up the compute resources associated with this endpoint (Thanks to Joni for spotting this): 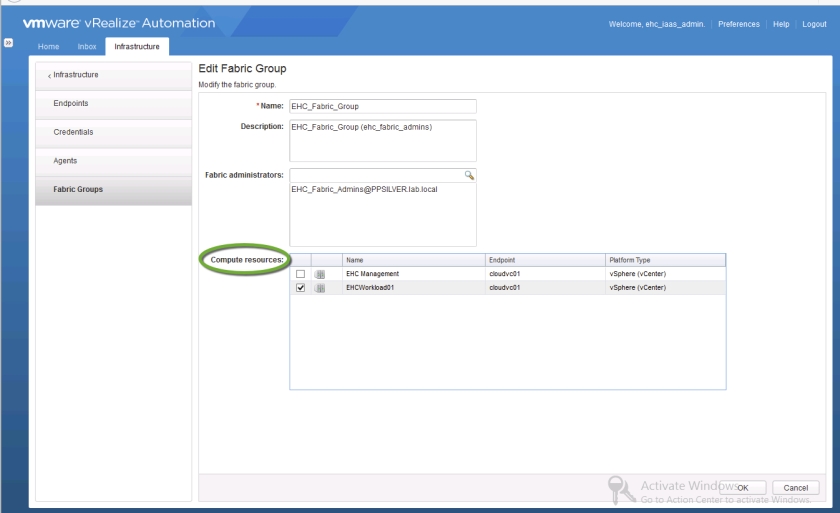 Did we try to enter the vCenter endpoint name as the cloudvc01.ppsilver.lab.local?

We sort of did that first, but we didn’t confirm if it worked properly. The errors did stop in the logs, but changing the endpoint name using cli was quite easy to do as well so we went with that. Don’t see a reason why it wouldn’t work as well, but using fqdn as endpoint name is very confusing.

Did You Bounce IT?